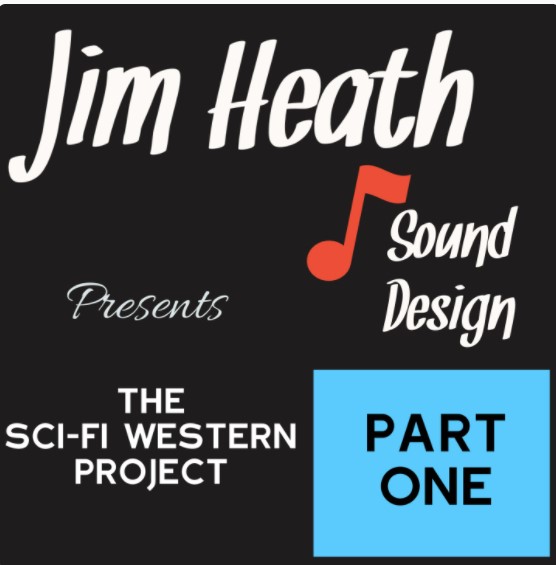 Los Angeles, California Apr 23, 2021 (Issuewire.com) – Fun-Guy Records and Reverend Horton Heat are pleased to announce the launch of Jim Heath Sound Design and its launch into the audio NFT marketplace. The aim of Jim Heath Sound Design is to create music and sound for film, television, NFT art, video games, and more with a focus on NFT distribution. Jim Heath, also known as Reverend Horton Heat, is a musician who has had many years of commercial recording as well as playing live shows all over the world.

“The Sci-Fi Western Project” Parts One through Eighteen (including 9 extended and 11 extended) is an NFT music project that’s a futuristic take on 1960’s spaghetti western movie themes, but there are several pieces that will work with a wide variance of artworks as they sound more sci-fi than western. Great for NFT art, film projects, or video game projects. This launch will surround the NFT release of “The Sci-Fi Western Project”. This project will be released as twenty short pieces of music, sold as one of one token, intended for the NFT artist or video game developer who wants to add music to their art, but it may also be useful in film, TV, or video. The pieces of music will be as short as five-second pieces and as long as one minute, twenty-five seconds. The music comes from one total piece which has been edited into relevant parts. The NFT comes with the copyright so that the purchaser can feel free to use it in their project, and since it’s an NFT, they could potentially sell it after their project is done.

Mintable is a marketplace that supports the creation, listing, and sales of digital assets such as NFTs. Mintable is built on a decentralised, peer-to-peer model as it aims to empower contemporary artists and creators to get due recognition and rewards from their work. The platform is easy to use with an intuitive UI, and users can easily browse, mint, or sell their tokens without any prior knowledge of coding. Founded in 2018, Mintable is built on and secured by the Zilliqa and Ethereum blockchains. In 2021, renowned venture capitalist and television personality, Mark Cuban, announced a significant investment to help scale this promising dapp, which has sold and auctioned works by prominent global artists, musicians, and entrepreneurs.

To stay in touch with Mintable, follow us on our social media: